Apologizes of not writing for so long.  I would like to try writing all my previous trips too.

This time, together with my friends.  We venture to Sapa, Hanoi.  We took a budget airline (Tiger airways from Singapore to Hanoi, Vietnam.  Cultural is kind of different there.  The airport is so small with only 1 belt to get our luggage.  Since there are a few airlines touching down at the same time, it seems a little chaotic.  We caught up with a friend from Hong Kong who took another airline to Hanoi.  Our Hanoi friends are at the airport to pick us up too.

We arrived at our hotel (Thaison Palace Hotel, Hanoi).  The price is super cheap at SGD 24 per night. You can book it from Agoda.  It is cheap and have the basic necessity.  However, do not expect too much from it.

The hotel room looks like that.  Not too bad right?

After settling in our hotel, we went to a nearby store to have my favorite BUN CHA.  They give you the dry noodles, a bowl of soup with BBQ pork and a plate of vegetable (non-cooked).
How do I eat it ?
Take the dry noodles, add the vegetable then dip the dry noodles into the soup
Once done, eat it with the pork, vegetable and the noodles.
It's very tasty.

After that, we walked around the city.

This is the famous street where are more motorcycle that humans :)

After dinner, we took a train directly up to Sapa.  It is located at the urban areas with padi fields.
It's NATURE.

That's my dinner.  Fried noodles in a roadside stall.

The Train Station
The station is packed with people so you need to be careful of your belongings.

The Interior Of The Train
Since it is an overnight train, I will need to brush my teeth in the morning.
There are NO toothbrush provided and the toilet is horrible.  However, you do need to urgently use it sometimes.

There is a double deck bed in each section so I took the top :)

Arrival at the train station in Sapa

It's breakfast time for us as we took the midnight train.
We passed by a small shop and just had our breakfast there.
This is the famous bread in Vietnam but it's not nice... It's too hard for me.
However, it's subjective to personal preference.

I loiter around the shop and saw it.  Oh my god.  It's disgusting.
However, it is a common sight for the locals.

After having breakfast, we went straight to the hotel.
We stayed Muong Thanh Hotel, SGD 83 per night.
It is a nice hotel which has a view from the top.  After resting, we venture out for lunch.
We had lunch in this humble little store and it roasting a pig outside.

You will see this sauce everywhere you go but to me, it's too salty.

After lunch, we went to this waterfall.  They call it the Sliver Waterfall.
You can have very beautiful pictures taken there...

After which we went to watch a performance.
Vietnamese dance and  I was asked to be on stage to dance together too

We played the archery in a traditional way too.  With only wooden bow and arrow.

On the way up to the performance, I manage to get a photo for the local Vietnamese.

If you continue to climb the stairs, you will see a really good view.

After enjoying the view, we had a little snack on the way down.

And we saw a little puppy who wants to share the food with us too.

It's time for dinner and our Vietnamese friend brought us for steamboat.

It is said by a Vietnamese that if you are single, you should go to the Love Market
The opposite sex who is also single will be there too.  It is like a flea market.  There are food too.
Most people in Sapa find love in the Love Market.  They mingle around and see someone that they like, they will approach them and introduce themselves.  Haha... This is so funny that someone approached my cousin and he is simply not interested and brush her away.

It's too dark so I could not take any pictures but I found some links about it.

After having supper at the love market, we proceed back to our hotel to rest.

This marks the end of my Sapa trip.  It will be better if you can follow a tour to Sapa.
We took the train and proceed back to Hanoi.  When we arrived at Hanoi, It's already dinner time.
Our Vietnamese friends told us that they will bring us to a hotpot place.  We said ok.

When we asked what was inside the pot, they told us it was duck heart.  I was like -_-"
We ate it and it taste like meatball.

After dinner, we went back to our hotel to rest.

We will be taking a night flight back so we had till dinner time.  We shopped around and bought some souvenirs.  Our Vietnamese friend brought us for dinner again and this time it was a more adventurous.  It is their local delicacy.  Oh my god, I almost faint.  It's freaking disgusting but it i worth a try.

I will only try this once and never will I do it again.

The cook made full use of the snake and made 10 dishes out of it which is fascinating.

After dinner, we are off to the airport and this marks the end of my trip to Hanoi & Sapa. 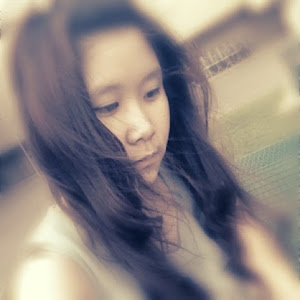 Travelling Around The World Is My Passion